Every wine region has a tale to tell. A story that is etched into the landscape and buried deep in the roots of the vines. Here is a brief history of the Barossa.

The Barossa was founded by a wealthy English shipping merchant, George Fife Angas in 1836. The free colony’s first Surveyor General, Colonel William Light named the valley after the Barrosa Ridge in the Spanish region of Andalusia however thanks to an administrative error the named was misspelt and instead the valley was named Barossa. The first residents of the Barossa were German peasant farmers and tradesmen who rapidly identified the potential for growing fruit, in particular grapes, thanks to the Mediterranean climate of the area. By the 1890s dozens of wineries were established, among them Oscar Seppelt’s Seppeltsfield and Johann Henschke’s Henschke Wines.

By 1929 25% of Australia’s total wine production came from the Barossa. However the Great Depression and World War II dessimated demand for wine so wineries and growers struggled to sell their fruit. Post-war recovery in the Barossa was slow, thanks largely to distrust between fourth generation English descendants and their neighbours of German heritage.  Gradually however the resilient locals began to rebuild bridges and look toward the future of the local wine industry. Enter Colin Gramp, a descendant of Johann Gramp, who returned from World War II via the Napa Valley, bringing home with him modern winemaking techniques that revolutionised the production of red wine.

In 1950 Australia’s most famous winemaker, Penfolds blender Max Schubert travelled to Bordeaux and discovered the possibilities of super-premium table wine, in particular the flavour of Cabernet Sauvignon matured in French oak casks. Schubert was forced to experiment with alternatives owing to a post-war shortage of the necessary components which lead him to create a full-bodied Shiraz and mature it in American oak hogsheads. Thus the 1951 Grange Hermitage was born. A unique new Australian style of red that changed the course of Australian wine production.

The Barossa region endured much over the following decades. Aggressive promotion overseas left some smaller family wineries unable to keep up, selling out to multi-national grocery companies which introduced large scale production methods to increase efficiency, even sourcing cheaper grapes from elsewhere and still labelling the results Barossa. By the end of the 1970s when rich reds were out of fashion with consumers who were instead tending towards fruity whites, the Barossa wine industry was on its knees and some predicted would be unlikely to survive the century.

Fortunately a small band of experienced winemakers refused to accept this pessimistic prediction and St Hallett, Rockford, Bethany, Grant Burge, Charles Melton, Heritage, Willows Vineyard, Elderton are a few of the names which opened cellar doors during this crisis. This vibrant mix of dozens of small dedicated wineries initiated demand for old vine fruit that had been undervalued for years, creating exciting new labels and products which in turn re-kindled tourist interest in the region’s food and lifestyle.  A new style of full-bodied Barossa red wine emerged. Winemakers returned to traditional winemaking techniques such as basket presses and open fermenters while focusing on the unique characteristics of old vines and the influence of soil type, geology and micro-climate.

Despite many economic highs and lows in the late 20th and early 21st century, the Barossa has continued to evolve, and is now firmly cemented as one of the world’s great wine regions. Barossa Valley Shiraz and Eden Valley Riesling have historically led the way as the region's most well known and well regarded wines, paving the way for other styles which are now receiving international recognition.

Thanks to the temerity and innovation of its growers and winemakers, past and present, the Barossa will delight wine lovers and tourists for years to come with its personality, rich history and magnicent scenery. We’re just happy to be along for the ride. 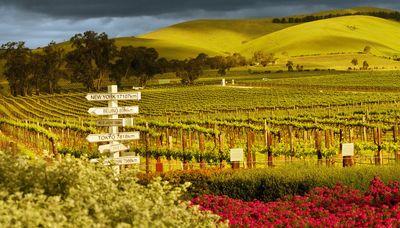 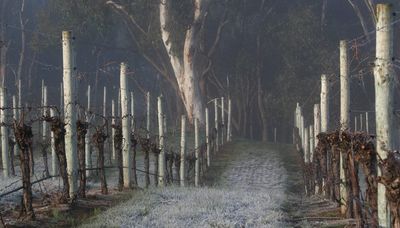 Winter in the Wineries

After the frantic activity of harvest, as temperatures …

Introducing the first in a series of interviews …