The Art of Fine Wine

As one of Margaret River’s founding wineries, Joint CEO, Simone Furlong, said they wanted to respect their family’s journey since establishing Leeuwin in 1973 and treat the project as a Heritage restoration, transforming old spaces for contemporary use- age. “Our Art Gallery was originally the winery’s barrelroom cellar. Today it also offers a new light filled function space, opening out to our undercroft verandah and refurbished Gallery Cellar, as it showcases the collection of contemporary Australian artworks that feature on the labels of our "Art Series" wines”. We are excited to now be planning a series of dinner, tasting and musical events in the new space as we continue to celebrate the combination of fine wine, food, art and music at Leeuwin!”

The only work not part of the Estate's own collection is Sir Arthur Streeton's Golden Summer, which was kindly offered by its then owner for use on a special Museum Release of the 1987 Art Series Cabernet Sauvignon before moving to its new home at the National Gallery.

Many of the paintings and sculptures were specifically commissioned. Others were discovered in exhibitions around Australia and the artists approached for copyright permission to be reproduced as part of the label series.

John Olsen was approached to paint the first artwork to be used on the Art Series Riesling. He responded with the creation of four works entitled "Frogs in Riesling". These paintings were so irresistible that the decision was made to purchase all four and continue these labels on all future Riesling vintages.

Sir Sidney Nolan, when approached at the beginning of the series, advised he was not a graphic artist and did not paint for wine labels. He was also a red wine buff and was sent two unlabelled bottles of the 1982 Cabernet Sauvignon - one of Leeuwin’s best vintages. He responded that for this wine he would happily provide a painting. This resulted in his Dolphin Rock appearing on the label.

With the high calibre of the artists consenting to appear on the labels, it is no longer a challenge convincing leading artists to be part of this collection. Some works have been lent from time to time but most are on roational display in the Leeuwin Estate Art Gallery. 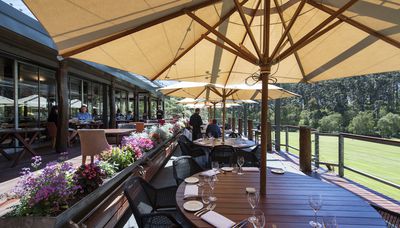 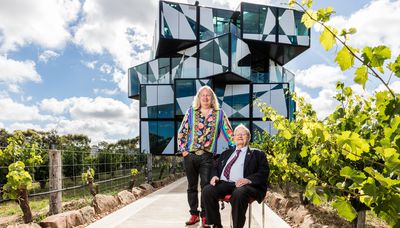 Our Guide to Margaret River

Tucked away in Australia's south-west corner, the Margaret …