Ultimate Winery Experiences Australia's Board is comprised of highly experienced individuals who share a passion for Australia's food and wine offering and for the role experiences can play in people's lives.

A business leader with almost two decades experience in the tourism industry, Nick Baker specialises in marketing and digital strategy for both long-term growth and meeting immediate business goals. His current role as CEO of Outdoria and Go See Australia, combined with previous roles as CEO at Red Balloom and CMO at Tourism Australia bring a wealth of valuable tourism experience to the Board. During his time at Tourism Australia, Nick and his team were responsible for three of the company’s most successful global campaigns and one of the world’s most effective social media marketing campaigns. Prior to that, he spent 10 years with Voyages Hotels and Resorts as Executive General Manager Sales and Marketing. He has worked across the world in operations, sales and marketing, contributing to global campaigns in B2C and B2B.

Kate Shilling joined Ultimate Winery Experiences Australia (UWEA) as the Executive Officer in August 2018 and is responsible for all aspects of management of UWEA including stakeholder and business management; sales and marketing; and product development, acting as a conduit between the wine industry and the travel trade. Kate’s career spans more than 20 years in a variety of leadership roles at retail, wholesale and online travel organisations including roles at Flight Centre in Australia and the USA, Myriad Marketing, Tourism NT, Territory Discoveries, NRMA Travel, Qantas Holidays, Helloworld and Australian Traveller Media. She is a member of the Australian Institute of Company Directors, a member of Women on Boards and was a Director then Chair of e-commerce not-for-profit Good 360 Australia for four years.

Jo Adamo is currently the Brand Homes & Education Director for Pernod Ricard Winemakers based in South Australia,  overseeing four key brand precincts in Australia (Jacob’s Creek & St Hugo) and New Zealand (Brancott Estate & Church Road). She contributes to the Pernod Ricard Global Brand Home community in delivering world class brand experiences for consumers and enhancing brand reputation. Prior to returning to Australia at the start of 2018, Jo spent four years in New York as Vice President, Marketing leading the Wine & Champagne division for Pernod Ricard USA. She has also held the role of Global Marketing Director, Australian Wines shaping and delivering brand and portfolio strategies across some 70 international markets including Australia, China, US and UK. Jo has spent a number of years in Sydney and London in various marketing and commercial roles with Pernod Ricard, including General Manager, Marketing & Trade Development and Regional Manager for the UK and Europe.

Graduating with First Class Honours in Bachelor of Mathematics and Finance from the University of Technology, Sydney, Jessica began her 15 year career in investment banking, specialising in credit and market risk management in financial and equities markets at Westpac and ABN Amro Bank. After starting a family in 2009, she took the opportunity to enter the growing family business and now oversees all financial and operational aspects of the Agnew Wines business and the associated commercial and tourism operations. Jessica is also a Graduate of the Australian Institute of Company Directors.

Michael has been involved in a range of food related activities ranging from TV through to festivals. He worked for 7 years at Channel 4 in the UK on food programmes including Gordon Ramsay, Jamie Oliver and River Cottage. Moving to Australia in 2007 he started a food festival business that grew to include Taste of…. in 15 countries, arguably the biggest example of the pop up concept. He also created and launched Margaret River Gourmet Escape that has established itself as one of the world’s leading food festivals in a very short time. He is currently Head of Hospitality and Entertainment at The Star Entertainment Group.

Mark Wilsdon is Co-CEO of Mona (Museum of Old and New Art). Drawn to the excitement of David Walsh’s vision Mark started work with the organisation as a consultant to Moorilla Estate 2002. In this role, he facilitated the operational design and opening of the award-winning Ether building. Mark commenced a permanent role at Mona as Hospitality Operations Manager in 2004. In 2006 he took on the new role of Executive Business Manager where he specialised in leading commercial operations and efficiencies, as well as identifying and pursuing growth opportunities. In 2016, Mark was appointed Co-CEO of the Mona group where he was charged with establishing and sustaining a major cultural tourism destination. His expertise include business strategy, product development, destination management, marketing and visitor experience. Mark has over 30 years experience in the tourism and hospitality sector. His original chef’s training in Hobart led him to work in some of Europe’s leading restaurants. He is currently an owner of The Salty Dog Hotel in Kingston, 15 minutes south of Hobart. Mark is a Director of The Tourism Industry Council of Tasmania (TICT), a member of the Drysdale TAFE Management Committee, and a Director of The Unconformity Festival.

With over 28 years of experience within the tourism industry, Matthew Cameron-Smith was appointed Chief Executive Officer of Voyages Indigenous Tourism Australia in July2020. Prior to this Matthew worked for 7 years at The Travel Corporation. As Managing Director he was instrumental in the implementation of strategic vision, values and corporate objectives, while providing leadership and direction across multiple brands including  AAT Kings, Trafalgar and Costsaver Australia.  Matthew has previously held positions with Tourism Australia as General Manager - Trade Marketing and Director of Distribution and Partnership Development for UK/Europe. Prior to that, Matthew spent seven years with Rydges Hotel and Resorts as the Director of Business Development UK/Europe and Middle East and head of global leisure sales.

Fraser Mackenzie has spent 17 years across Oceania, North America and the Middle East telling the stories of wineries, their homes, and their people. His management roles have encompassed all commercial aspects of the wine industry from vineyard to bottle to market with a particular passion for the intersection of hospitality, oenotourism, and direct-to-consumer marketing and sales. At home in Victoria, he is the Sales and Marketing Manager for Montalto, an iconic Red Hill winery, hospitality and tourism business that specialises in Pinot noir and Chardonnay. 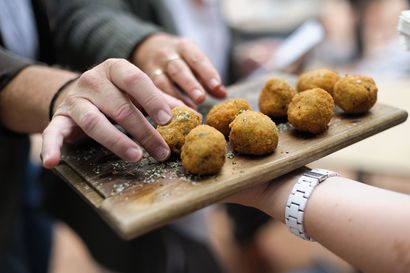