Our What's On page is abuzz with activity as we look forward to summer. Warmer evenings offer the ideal opportunity to relax outside as the sun goes down; a great time to kick back with a picnic and enjoy some live music and wine country hospitality.  Here are the latest live music announcements from a few of our members.

Culture Club make their return to Australia in December, following their hugely successful world tour, playing at venues in Melbourne, Tasmania, the Barossa Valley and the Hunter Valley. On 9th December they will be lighting up the stage at Seppeltsfield.

Singer Boy George will be joined by guitarist/keyboardist Roy Hay, bassist Mikey Craig and drummer Jon Moss, the original members who dominated the new-Romantic scene of the 1980s with hits such as Do You Really Want To Hurt Me and Karma Chameleon.

The band will be supported by 80s acts Pseudo Echo, Real Life and 1927.

Between 9th and 11th December, the Sound & Sense festival returns to Vasse Felix. Sound & Sense is Margaret River's three-day celebration of music, wine and culinary art featuring The Australian Chamber Orchestra.  The Icon Ticket includes admission to all events listed below, however tickets for individual events are also available.

Your evening at the Estate begins with cheese, charcuterie and a glass of Vasse Felix Blanc de Blancs sparkling on arrival, before a performance by the Australian Chamber Orchestra, set in the tranquil surrounds of the Vasse Felix Art Gallery. Following the  performance, join Janet Holmes à Court, Richard Tognetti and members of the ACO for an intimate dining experience in the Restaurant, including a tantalising five course degustation menu with matching wines by award-winning Vasse Felix Executive Chef Aaron Carr and internationally-renowned Chief Winemaker Virginia Willcock.

You will also receive a signed CD featuring a selection of recordings from the ACO, along with a bottle of Vasse Felix 2012 Heytesbury and 2014 Heytesbury Chardonnay to take home.

Introduce your family and friends to the enchanting sounds of the Australian Chamber Orchestra in this special Sunday morning performance. An engaging and accessible program suitable for any age;
ACO newcomers and die-hard fans. Stay on at Vasse Felix for a picnic on the lawn, a glass of wine with gourmet bites in the Wine Lounge or make a reservation to dine in the Restaurant.

Since 1985 Leeuwin Estate has welcomed numerous high profile artists to Margaret River as part of their annual concert series. A highlight on this year's concert series calendar is one of Australia's best-loved musicians, Bernard Fanning.  On 7th January Bernard and his band will perform a string of hits from his three highly acclaimed solo albums ‘Civil Dusk’, ‘Tea & Sympathy’ and ‘Departures’.

Bernard Fanning has spent over two decades entertaining and delighting audiences across the world with his extraordinary voice and renowned songwriting. From fronting Powderfinger, to writing and producing ten albums (including Powderfinger and three solo releases), travelling the globe from his backyard of Brisbane on countless sell-out tours, to becoming one of Australia’s most legendary musicians - winning a poolroom’s worth of ARIA Awards along the way.

Leeuwin's outdoor concerts are an ideal occasion to pack a picnic and spend a relaxing evening on the lawns at this beautiful winery.

Mona Foma, or Mofo for short, is Mona's summer Festival of Music and Art, curated by Brian Ritchie, the bass guitarist for the alternative rock band Violent Femmes.  2017 marks Mona Foma's ninth year, and will run from 18th to 22nd January (20th to 22nd at Mona itself).  Events will take place onsite and at selected venues across Hobart.  Mona's wild and wonderful weekend market will also make its 2017 debut during Mofo and Moorilla's cellar door will be welcoming visitors as usual.

The Three-Day Mona Pass covers all events on site from Friday 20–Sunday 22 January, with the exception of The Source Electric Vinyl Sessions.

Event times vary, but the Mona site is open to Three-Day Mona Pass and respective Day Pass holders between 10am and 10pm Friday 20th, Saturday 21st, and Sunday 22nd January.

For more information, to inspect the line up and to purchase tickets, click here.

Iconic singer-songwriter James Taylor and his All Star Band will perform the 33rd annual Leeuwin Concert on 18th February.

James Taylor has had a profound influence on music lovers of all generations. His songbook, encompasses a string of timeless hits including Fire and Rain, Country Road, Something in the Way She Moves, Sweet Baby James, Carolina In My Mind and many more. In 1971 James scored his first number 1 single with You’ve Got a Friend, written by long time friend Carole King and earning him his first Grammy Award for Best Pop Male Vocal.

He has sold more than 100 million albums, earned 40 gold, platinum and multi-platinum awards and five Grammy Awards, with his Greatest Hits album earning him the prestigious Diamond Award for sales in excess of 10 million units in the USA.

Amongst a wealth of accolades, in 2000 James was inducted into both the Rock and Roll Hall of Fame and the prestigious Songwriters Hall of Fame. He has also received two of the highest honours for artistic excellence, recognising his outstanding achievements and support of the arts. In 2011 President Barack Obama presented him with the National Medal of Arts, followed by the distinguished Chevalier of the Order of Arts and Letters in 2012, awarded to him by the French government.

Concert guests are invited to picnic and enjoy dancing to the band during the traditional post-concert arena party or choose from a variety of Leeuwin Estate hospitality packages. Tickets go on sale on 25th October.  Click here for more information.  To view a clip from the 2016 Leeuwin Concert, click here. 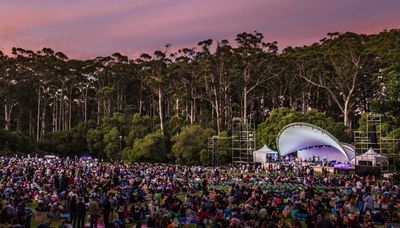 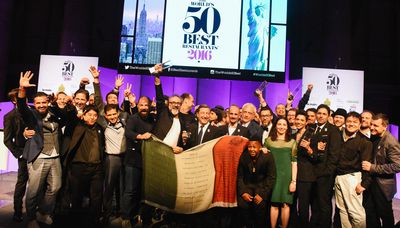 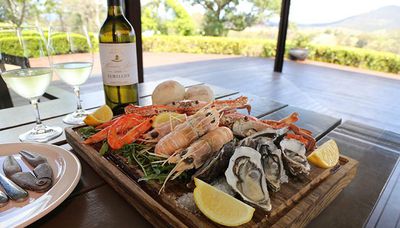 The Hunter Valley is one of Australia's best …