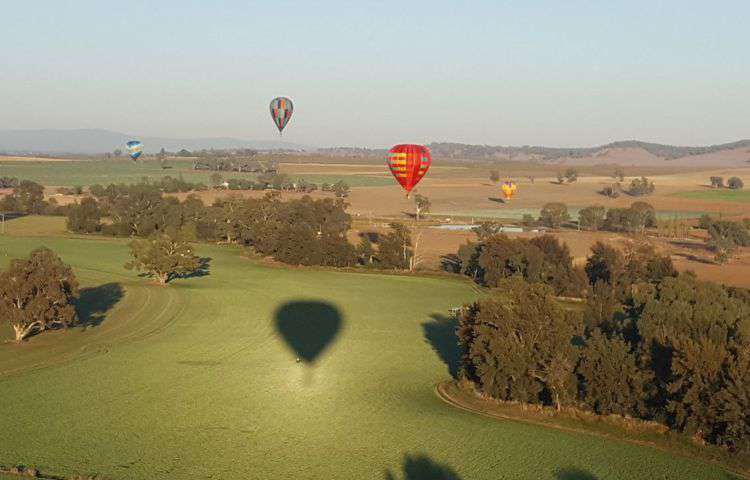 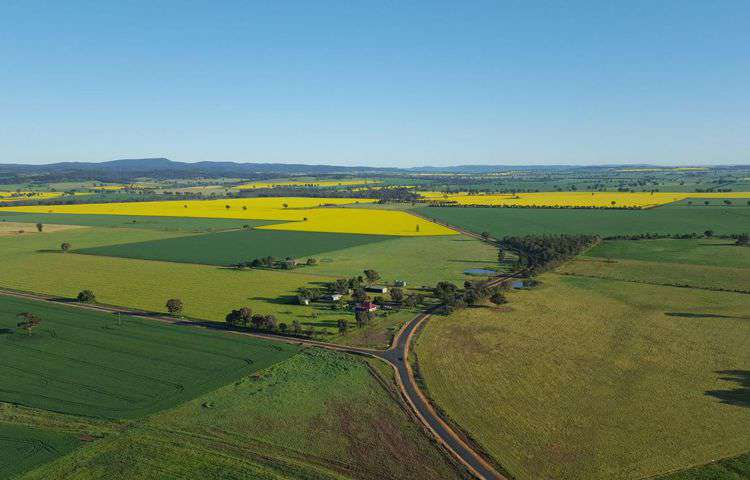 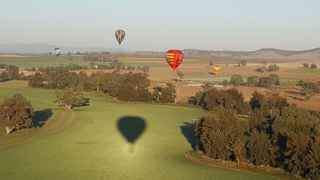 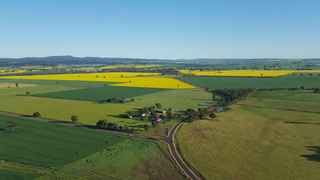 Experience the magic and tranquillity of an airborne adventure with Graham, Jan and Anton over the picturesque Belubula Valley.

Balloon Joy Flights will pick you up from your accommodation in Canowindra, at dawn when the winds are calm and stable. The morning activities last three to four hours and finish with a beautiful catered champagne breakfast, espresso coffee, and flight certificate at Delice Coffee, where Anton roasts his own coffee. The balloons carry from three to ten passengers, perfect for a weekend away with a group of friends for the experience of a lifetime.

With its ever-growing list of enticing cellar doors, innovative eateries, wine bars and vibrant food festivals, it’s clear that Orange’s star is on the rise.

Famed for its undulating hills, colourful seasons and dynamic culinary scene, this sophisticated city in the Central Tablelands of New South Wales is fast becoming one of the state’s most popular getaway destinations for lovers of food, wine and rustic country charm.

The elevated land surrounding the township of Orange is an ideal combination of geology, climate and soils that gives vineyards a powerful natural advantage in creating wines that continue to make waves on an international scale.

While the first vines were planted alongside fruit orchards in the 19th century, the Orange wine country didn’t begin to tap its full potential until the late 1970s, when a handful of enthusiastic growers established new vineyards, focusing on varieties such as Shiraz, Cabernet Sauvignon, Merlot, Pinot Noir, Chardonnay, Sauvignon Blanc, Pinot Grigio and Riesling. Today, varieties like Tempranillo, Barbera, Viognier, Verduzzo, Marsanne, Sangiovese and Zinfandel have joined these noble ranges, and the region has become known for its crisp white wines and lighter-bodied reds.

The climate, soil and unique elevation greatly influences the varieties, with the region planted to 60 percent red wine varieties and 40 percent white wine varieties. Chardonnay is the most planted white grape in the Orange region, with many wineries enhancing the texture with oak, while Shiraz is also widely planted, celebrated for its fruity character.

For more information about events, attractions and destinations in New South Wales, go to www.visitnsw.com