There is a subsonic musical note that is said to cause humans to lose control of their bowels. Mona’s forthcoming exhibition, by Kirsha Kaechele, features the world’s largest glockenspiel and will be accompanied by a series of immersive feasts where the so-called ‘brown note’ will be played.

Eat the Problem is a highly performative exhibition that will engage visitors in various acts of transformation. It is the culmination of Kaechele’s surrealist exploration of turning flaw into feature, using invasive species—including humans—in food and art.

After entering the gallery space in complete darkness, visitors will encounter a monumental glockenspiel—the largest in the world—illuminated in the full colour spectrum. The glockenspiel provides an introduction to the world of cymatics, the movement of matter created by soundwaves. Guest musicians will play the immense instrument throughout the exhibition's run.

The glockenspiel sculpture will also serve as a grand dining table for a series of immersive feasts, celebrating ritual and community. Using invasive species such as cane toad and sea urchin, the degustation menu will be developed by Mona’s executive chef Vince Trim. The dishes will progress from white to black through the entire colour spectrum, including an uplifting yellow course and a peace-inducing purple course and a terrifying red course. During the brown course, visitors may experience the effects of the ‘brown note.’

Every element of the feasts—from the cutlery and ceramics to the glockenspiel table and performances—are artworks designed to surprise and provoke. With nothing unfolding predictably, the feasts encourage a process of discovery and revelation.

Alongside the feasts, visitors can undergo transformative healing sessions including sound baths, bodywork, infrared heat and cryogenic treatments. Performance artist Tora López of INNER COURSE will lead the hot and cold therapies. Elena Stonaker and Amelia Barlow are creating To Eat & Be Eaten, an installation involving divination rituals and powder derived from an invasive mushroom species.

Kirsha Kaechele says: “Eat the Problem brings to life the practice of transforming shit into gold through a delightfully experimental and confronting, but outrageously glamorous, feast for the senses. Visitors taste colour, feel sound vibrations and participate in movement and music. Eating their way through the experience they leave transformed and inspired, with a deepened appreciation of systems-based sustainable thinking.”

The exhibition will coincide with the launch of the Eat the Problem book. Published 25 March, this deluxe food and art compendium comprises a series of ‘recipes’ using invasive species—both real and surreal. Over 544 decadent pages, it features the contributions of artists whose work is in Mona’s permanent collection, as well as noted chefs, writers, scientists and philosophers from around the world. Along with meditations on eating, destroying, or transforming invasive species into art, Eat the Problem includes recipes for life in the form of poetry, essays, scatological musings and interviews. 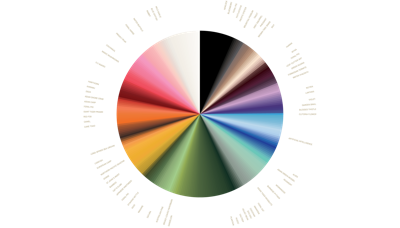 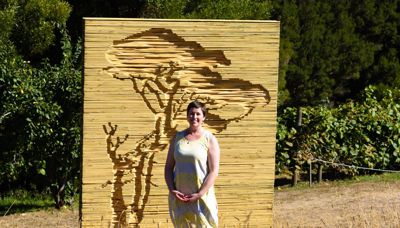 Congratulations to Kylie Stillman winner of the 2019 … 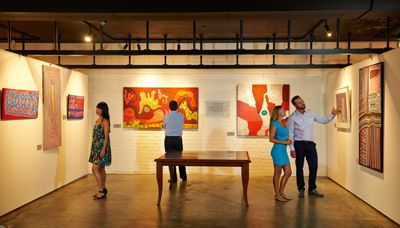 The Art of of Fine Wine

Beneath the Leeuwin Estate cellar door in Margaret …