With a viticulture and winemaking industry now over 200 years old, Australia has a rich wine history to explore. Australia offers distinguished sites, some of the oldest vines in the world and multi-generational families whose long-standing and inspirational dedication to the wine industry means our wines and vines will be in good hands for many more generations to come.  On your next Australian wine adventure make sure you seek out the region's original wineries and vineyards. You can guarantee there will be a tale to tell.

Five generations and 167 years since its foundation, Australia’s most historic family owned winery, Yalumba, has grown in size and stature, embodying all that has made the Australian wine success story the envy of winemakers the world over.

The story begins in the mid 19th century, with the arrival into Australia of Samuel Smith, aged 35, with his young family.  Having lived for a short while in the city of Adelaide, the family settle into life in Angaston, where, after a period of working as a gardener for the town’s eponymous Angas family and some success during the gold rush, Samuel plants his own vineyard with son Sidney in 1849. By 1858 Samuel is dominating the local wine shows – a trend that hasn’t slowed in more than 166 years.

In the generations since, Yalumba's fate has been shaped by the adventurous and enquiring spirit of the Smith family. In 1893, Fred Caley Smith undertook a global journey of discovery to the USA, Canada, UK, Europe, the Middle East, India and Sri Lanka, meeting horticulturists, taking cuttings, planting material and promoting Yalumba wines. It was this seminal journey that positioned Yalumba as a leader in Australian wine and fruit growing.

In 1966, the wine that has now come to epitomise Yalumba, a Cabernet Sauvignon & Shiraz blend simply called The Signature, was released. Honouring someone who personifies the very heart of Yalumba, The Signature over the years recognises family members, story tellers, sales people, winemakers and unequivocally loyal supporters. With four years of bottle age, the inaugural 1962 vintage of The Signature aptly honours the pioneering, entrepreneurial spirit of Samuel Smith.

Like his father and great-great-grandfather before him, Robert Hill-Smith has played a significant part in the history of Yalumba, and the Australian wine industry as a whole.  As Managing Director between 1985 and 2015 and Chairman to this day, Hill-Smith pioneered changes in the table wine market, instigated a complete buy out of all other family share-holders, insisted on growing varietals matched to terroir and continues to build a team of talented young individuals across all areas of the family wine business to protect the future legacy of this Australian wine icon.

Delve into the history of Yalumba and its wines on The Signature Tour, an in-depth experience beginning with the story of Yalumba in the famous Wine Room, a tour of the vineyard and museum cellar, a private tasting and lunch in one of Yalumba's iconic dining spaces.

In 2016 Audrey Wilkinson Vineyard celebrated 150 years of winemaking. It was a challenging start for the Wilkinson family who first travelled to Australia in 1852 but returned to England a few years later having attempted to develop farms in both Tasmania and Victoria.  Their return in 1866 came on the back of a surge of enthusiasm in the English upper classes for Australian wine.  Noticing this, the Wilkinsons, who had acquired viticulture and winemaking expertise in France and Germany years earlier, set sail once again from England. They landed in Sydney and subsequently made their way to Pokolbin. Over the next twenty years, Frederick and John Wilkinson worked hard to expand the business and develop the vineyards, sadly Frederick passed away in 1883, leaving the business to his two sons, Audrey and Garth.

The diaries Audrey kept from the time he took over the reins of the farm as a young lad of 15 until his death in 1962 form a remarkable record of not only the Wilkinson family but that of the the entire fledgling Hunter Valley winemaking industry.  The records kept by Audrey are on display at the Audrey Wilkinson museum, adjoining the cellar door, and make for fascinating reading.

For an indepth discovery into Audrey Wilkinson wines, then and now, the Behind the Scenes Winery Tour, takes you through the museum, working winery and vineyard before a tasting and cheese platter admiring the spectacular view.

The name Tahbilk originates from its location, which the local aboriginal people first referred to as "tabilk-tabilk", meaning "place of many waterholes". Originally spelled Tabilk, the 'h' was added later. As a winery, Tahbilk's long history has been defined by the colourful characters who have walked through its doors. It is the people who have created Tahbilk's long and evocative past.

Life for Tahbilk began on August 1st 1860 with the directors of Tabilk Vineyard Proprietary taking possession of the Tabilk Run purchased from entrepreneur, squatter and merchant Hugh Glass, reputedly the richest man in Victoria.  By the end of 1860, 150 acres had been cleared and 65 acres of vines planted – including Shiraz vines that survive to this day and from which Tahbilk's eponymous ‘1860 Vines’ Shiraz continues to be made.

Despite a slighly haphazard start, the land under vine at Tabilk increased rapidly. In January 1861 the Kilmore Examiner published a letter from ‘The Traveller’ describing an excursion through the Goulburn district. A travelling party visited Tabilk Station “now the property of the vineyard company”.  The writer noted that more than one hundred acres were under vines and that new ground was being prepared daily.

By the late 1800’s, with a new winemaker, manager and progressive thinker Francois Coueslant at the helm, the quality of Tahbilk’s wines had improved to the stage where Estate wines were winning awards at various overseas exhibitions.  However by 1931 it had been some 30 years since Tahbilk had been a regular and successful exhibitor, a situation that changed when Eric Purbrick took on fulltime management and winemaking at Tahbilk following the purchase of the Estate by his father Reginald in 1925.

Entrepreneur Reginald Purbrick certainly recognized a good deal when he saw it – he too saw gold in the rich river soil. His son Eric had inherited his fine palate, a love of wine, intelligence, charm and energy as well as an appreciation of history. Thanks to him Tahbilk escaped the wholesale modernization of the 1960s while he recreated a vineyard producing fine table wine and contributing to the emerging Australian wine industry. Eric’s son John quietly rebuilt the marketing arm, while his son Alister bought management skills and modern techniques to old wine-making traditions. It is Alister’s daughter Hayley, the fifth generation of the Purbrick family involved in Tahbilk, who will guide the winery into the 21st century, ensuring that the winery’s future develops in sustainable balance with its environment.

Tahbilk's immaculate grounds and historic buildings are a perfectly preserved monument to the winery's rich history. For a glimpse into the history of winemaking at Tahbilk, the Day at Tahbilk experience includes a personally guided tour of the winery encompassing both the old and the new technologies utilised, a blending session to hone your own winemaking skills, lunch and a wetlands ecology tour.  The ideal introduction to an Australian classic.

Seppeltsfield was established in the Barossa Valley by Joseph and Johanna Seppelt just 15 years after the European settlement of South Australia. Steeped in rich Barossan heritage, the estate is considered a true national treasure which helped shape the history of the Australian wine industry.

In 1850, Joseph Seppelt, an emigrant of Silesia, purchased 158 acres of land in the Hundred of Nuriootpa from Hermann Kook, farmer of Tanunda, at £1 an acre. Designating it ‘Seppeltsfield’, Joseph’s original intention was to farm tobacco, with later Seppelt generations concentrating the estate’s efforts on grape growing and winemaking.

Seppeltsfield flourished into the 20th century, expanding to include vineyards and wineries across various Australian regions. Along with wine, the Seppelt stable included spirits such as Brandy, Gin and Vermouth, as well as an assortment of cordials, vinegars and essences.

Regarded as one of Australia’s most successful wine dynasties, the Seppelt family maintained ownership of their wine interests, including Seppeltsfield, until 1985. B Seppelt & Sons, as it was then known, went on to evolve into a period of corporate ownership which extended nearly three decades.

The estate returned to private ownership in 2007, now under the custodianship of proprietor Warren Randall - a qualified viticulturist and winemaker who worked for the Seppelt family during the 1980s. The estate is viewed by Warren as a custodianship of the Seppelt family legacy. He is passionate about driving the sense of community which they were renowned for establishing.

Seppeltsfield is most famed for the Centennial Collection - an irreplaceable and unbroken lineage of Tawny, every vintage from 1878 to current year. The estate remains the only winery in the world to release a 100 year old, single vintage wine each year. The estate also boasts a remarkable collection of Apera (Australian Sherry), crossing Fino to Oloroso styles, Tokay and Muscat, all held in vast Solero nursery cellars.

The sheer span of the Seppeltsfield’s Centennial Collection is often difficult to fathom.  The Moments in History tour gives visitors the unique opportunity to taste five Tawny vintages from years of historical significance since 1878.

Other UWEA experiences that focus on the history of our wineries and regions can be found here. 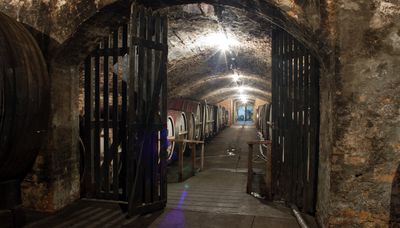 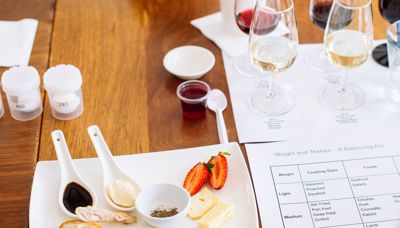 Some food and wine matches just belong together, … 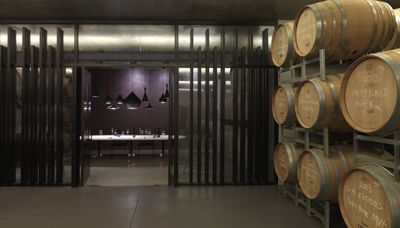