Trout & Sauvignon Blanc - Are You Game?

Fowles Wine, in the Strathbogie Ranges of Victoria, loves sourcing food from the great outdoors and matching it to thier wine. In fact, it was thier love of real food - wild meat and home grown veggies - that inspired them to make a range of wines to complement the different texture and intensity of wild meat: Ladies who Shoot their Lunch and Are you Game?

In the below video, responsible hunter and avid wild food and wine man, Matt Fowles, takes us on an adventure fishing for wild trout to match with their Are you Game? Sauvignon Blanc.

There are two types of trout in Australia - brown and rainbow - and while both belong to the same family they are two distinct species. Despite popular belief trout were introduced to Australia from England and New Zealand (via North America) in the late 1800s.

Both species have now made happy homes in the lakes and rivers in the cooler temperate regions of Australia. Rainbow trout are hardier compared to brown trout and can withstand higher temperatures, lower oxygen levels and cloudier water. For these reasons rainbows dominate in lakes or slower rivers whereas brown trout are the kings of fasting following, stony bottomed streams.

However, despite the subtle differences in their physiologies and habitat preferences, both are feisty predators that feed on insects, smaller fish, crustaceans, frogs and...mice and birds (no joke). As a result, they've not been particularly kind to our native wildlife so we're more than happy to take a few for the pot. And this is where the real adventure begins...In this case, in the remote reaches of the Kiewa River in North East Victoria, about 100 kilometres north of Fowles winery.

Using two different fishing techniques - spinning and fly-fishing - Matt Fowles and Charley May headed out to test their skills on wild trout. While both forms of fishing can be very effective, there are marked differences in equipment, casting and 'bait'.

Spinning rods are more robust and rigid compared to fly-rods which are fragile and flexible. This is because they are designed for different types of casting. In spin casting the weight of the propelled lure pulls the line after it. In fly-fishing the weight of the line provides the momentum to carry the lure or 'fly' to its target destination. Therefore fly rods are, by design, thinner and more flexible to allow the rod to be worked backwards and forwards to 'load' and then transfer the energy forwards to propel the line and the fly.

Things are also different when it comes to the 'bait'. In spinning, lures are made from brightly patterned plastic or medal blades shaped to 'spin' like a propeller to attract fish through colour or vibrations that mimic small fish or other prey. In fly-fishing, 'flies' are used that are made by tying both natural and manmade fibres to a hook to represent realistic forms of the insects trout feed on.

However, after four hours fishing in pristine wilderness Matt and Charley both came home on equal footing having both landed fish that were, unfortunately, too small for lunch! Such is the reality of hunting wild food! But being resourceful foragers they had packed an Esky of fresh farm trout (from a lovely fishery they know and love) to prepare a lunch of ceviche.

Ceviche is a dish that uses citrus juices and chilli to cure the fish before eating. Because this dish requires no fire to prepare it's ideal to enjoy in the Australian bush, where total fire ban days are common. However, ceviche is also an awesome dish in its own right because it preserves and highlights the subtle flavour and texture of the trout beautifully.

When it comes to food and wine matching, they believe the spicy sweet and sour flavours and delicate texture of the dish marry wonderfully with the lifted lime and passion fruit aromas and the supple, refreshing palate of the Are you Game? Sauvignon Blanc.

Why not try it for yourself? Download the US formatted recipe HERE and the A4 formatted one HERE. We hope you enjoy it. Cheers! 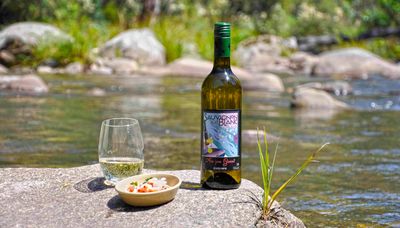 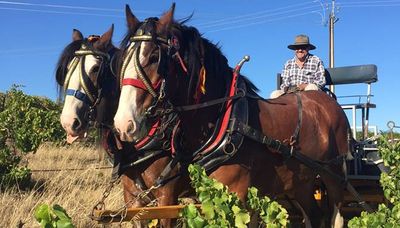 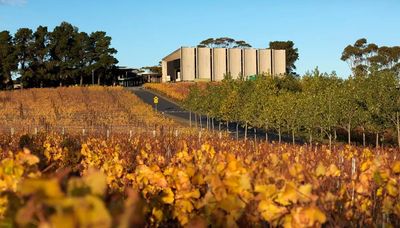 Autumn in the vineyards

It is now officially autumn in Australia. Harvesting, …