An Evening with Vasse Felix

On Tuesday night Otto Ristorante in Sydney hosted a Vasse Felix wine dinner. The wine dinner is a well-established and popular way to showcase a selection of wines from a specific region or winery or of a certain variety, most often held in city restaurants and usually with the added drawcard of commentary by a representative from the winery. This wine dinner had the benefit of the attendance of the winemaker herself, Virginia Willcock.

Virginia was awarded Winemaker of the Year 2012 by Gourmet Traveller WINE and, in their words, “Willcock’s rise from very good regional winemaker to the pinnacle of success in Australia has been meteoric.” Needless to say, it was a sell out. The opportunity to see Virginia, outside Margaret River, introducing her wines and paired with a menu to complement each variety, was too good to pass up.

The life of a successful winemaker, it is clear to see, is a complicated one. The job doesn’t begin and end in the winery. Virginia had travelled that morning from Margaret River, no small journey, so it was impressive indeed to hear her talk with passion and energy about her craft. Attending these dinners in person builds the profile of both winery and winemaker and it was obvious by the rapt attention of her audience how keen the members of it were to meet the face behind the wine. Virginia gave a brief introduction and talked through the wine choices for the evening describing articulately, but without jargon, the processes behind their production.

So who attends these wine dinners? In this case it was a pretty varied bunch - groups of girlfriends, couples, business associates, all male gatherings and more than one solitary diner, and why not?

Although these dinners tend to be held on a school night, a spot of indulgence on a Tuesday never hurt anyone. It is fair to say four courses plus canapés each with at least one accompanying wine (the main course had two) was certainly indulgent but well worth the slightly slower start to the following morning. In summary, the wine dinner gets a big thumbs up from us. While naturally we would argue that it’s not quite the same as a visit to the winery itself, it is a great way to build your wine knowledge in non-intimidating, informal environment, all the while providing inspiration for your next Australian wine adventure. 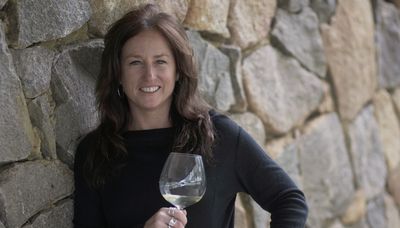 If you are lucky enough to be at … 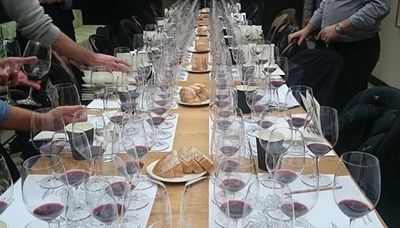 There are many wines we hold in high …